The Chiswick Cinema in London was a success from the start - founders membership sold out within just hours of being announced. But when you consider that The Chiswick Cinema is the passion project of UK cinema pioneer Lyn Goleby, it’s no surprise she knows how to keep cinema audiences happy. Goleby built the largest independent cinema chain in the UK; from buying a small cinema in Oxford in 1989, she and her business partner developed Picturehouse Cinemas which was bought by Cineworld in 2012.

Owned by Trafalgar Entertainment and developed and launched by Goleby, the cinema includes several features that make it a stand-out venue. It’s an entirely new build on the site of the former Ballet Rambert on a very wide, leafy street in an elegant part of London, and is an independent with an intimate boutique feel. It’s a go-to destination spot for locals who can enjoy a drink at a cocktail bar that resembles most metropolitan hotels, gourmet food and Michelin starred chef, subtle interior design, a huge green living wall on an outside terrace emphasizing the eco-friendly design of the development. The venue has a club atmosphere with membership, private hire and five screens. 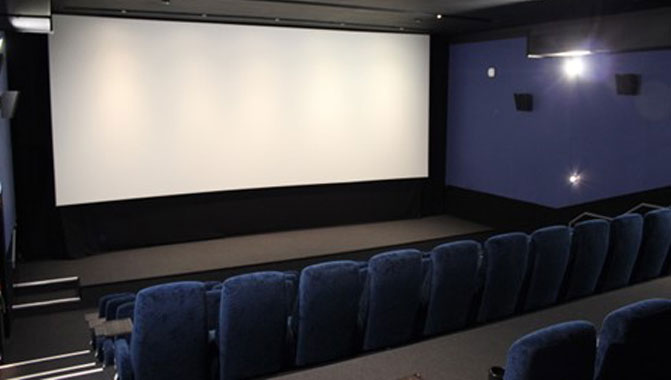 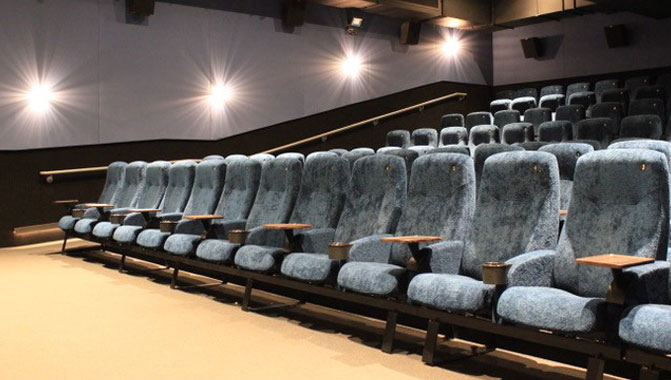 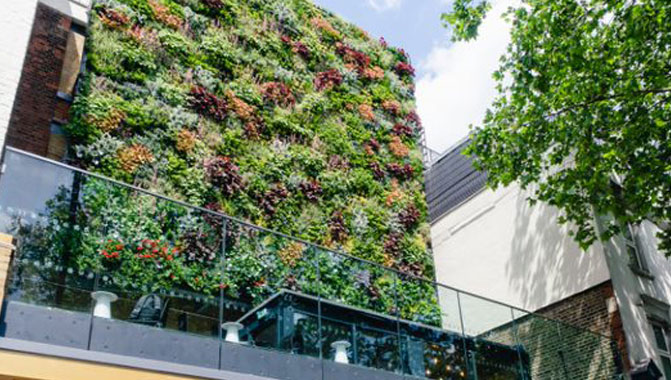 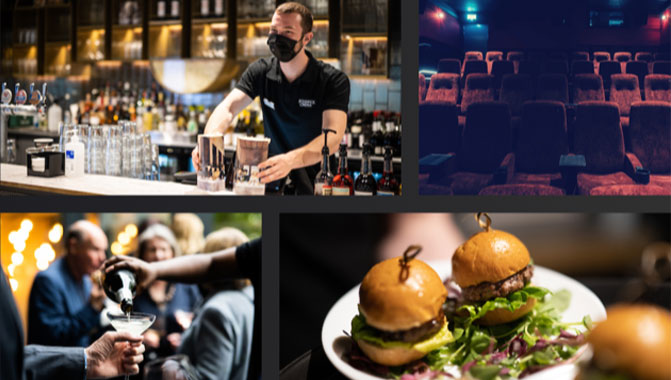 All five screens are illuminated by Christie RGB laser projectors; image quality was key, but Christie laser also offered value. When Omnex, the integrator for the project, crunched the numbers for the client, the RGBe projector became a game-changer in the budget, which turned the original spec for a mix of laser and Xenon illumination to laser throughout. The five screens range from 4 meters (13 feet) to 8.5 meters (27.7 feet) therefore projectors were picked to match requirements from three ranges and two technologies: the RGBe as well as RGB pure laser technology with CineLife™ and Real|Laser illumination. “Lyn came to us to recommend projectors for the cinema as a trusted technical partner. Lyn is familiar with Christie from the Picturehouse cinemas, where Christie was widely used. Additionally, Lyn’s Abbeygate cinema uses a Christie CP4330-RGB pure laser projector on its flagship screen,” explained Darren Briggs, Omnex’s head of engineering.

The value proposition of RGB laser won out

“Although the original spec had been a mix of laser and Xenon, during delays in the build laser projection costs came down. It just happened to be shortly after Christie announced even greater levels of laser affordability with the introduction of the CP2306-RGBe, a powerful laser projector for smaller screens,” said Briggs. “The customer was very open – the numbers fit the budget perfectly on this venue. We could easily demonstrate the low running costs plus the advantage with no lamps. For a little more upfront cost than Xenon there is payback within a couple of years,” continued Briggs. “The CP2306-RGBe will give DCI brightness for around 30,000 hours and is also very low maintenance with a sealed light source. The color gamut is extended, which offers great image quality for the audience,” he said. “There is low maintenance and reduced cooling needed; laser is more ecological and green which was an important consideration for the site.”

“The RGBe was a new and unknown platform to us and we were really impressed when we saw the images, as they were very vibrant. We didn’t expect it to be so bright, in fact it was more than the specs say that is running close to minimum power,” Briggs shared.

The smallest auditorium, an intimate theatre with just 16 seats, has a small dining room attached for private parties or company presentations, as well as a 60-seat auditorium where Omnex selected Christie CP2306-RGBe projectors. The other three auditoriums, two with 8.5 (28-foot) screens and one with a 7.3 meter (24-foot) screen, feature Christie CP4315-RGB and CP2309-RGB projectors respectively.

Phil Lord, sales manager, Christie, explained the research and development behind Real|Laser illumination. “It hinges on how we engineered the Multi Laser Pack Devices (MPDs) to deliver audiences true-to-life detailed images – brightness, image uniformity and high contrast – and it is factory calibrated to hold the colour balance for years with almost no maintenance. Crucially, at the same time though, it also delivers the best TCO in the industry and up to 50,000 hours of operational life.”

“Our calculations on all projectors looked at the size of screen and runtime. The RGB pure laser projectors should last ten years with good output,” states Briggs.

“The largest auditorium, which uses the CP4315-RGB projector, is also employed by a local film studio for testing pre-release content,” says Briggs, “Christie laser projectors give better, brighter images for a longer period, and they also produce a lot less heat so the stress on cooling system is minimized.  Another advantage is that the projectors are compact so they work well in pods, and these screens are pod-based,” says Briggs. “The cinema can give their audiences great visual experiences but with an affordable platform that will perform well into the future.”

Advanced RGB laser projection for screens up to 36 feet wide