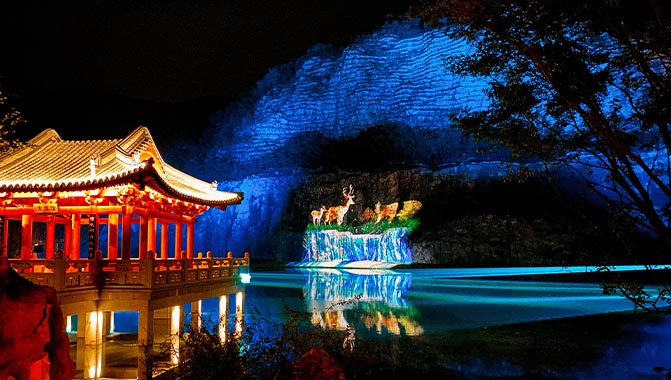 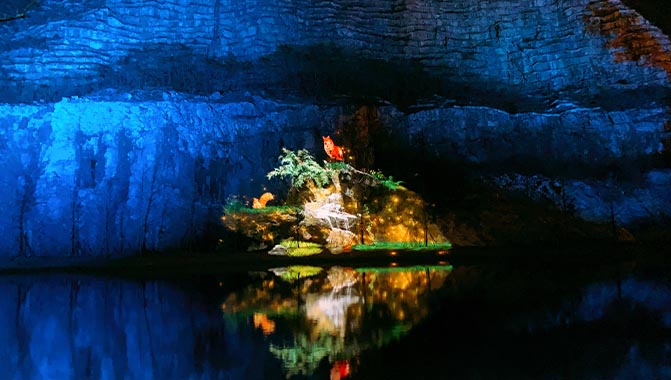 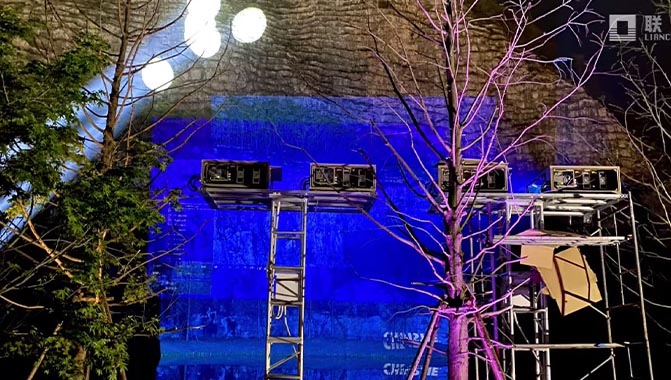 Among the major highlights of the park are re-creations of traditional gardens situated in the 13 cities of Jiangsu province including Nanjing Garden, Suzhou Garden, Wuxi Garden and Taizhou Garden – which aptly demonstrate Jiangsu’s renowned garden culture and landscaping skills. After night falls, the park is bathed in a blend of blue, red and yellow lights amid a spellbinding light show that includes stunning projections on a hillside using four Christie DWU2022-HS 1DLP® laser projectors installed by Zhongqing Yingye Group.

“Christie’s HS Series is a highly cost-effective and competitive projection solution that has always emerged a top contender for cultural tourism projects that we are involved in,” said Xinwei He, project manager of Jiangsu Garden Expo Park. “It has consistently excelled in areas such as performance, color reproduction and dependability. With an output of 20,000 lumens, we require just four units of DWU2022-HS to illuminate this large outdoor canvas in Suzhou Garden – the core location of Jiangsu Garden Expo Park.”

He said that even though the projection canvas measuring 600 square meters (6458 square feet) is quite significant, it’s only a fraction of the entire performance area. Therefore, the team from Zhongqing Yingye Group had to strike a delicate balance in maintaining maximum visual quality, whilst optimizing the scale of the displayed images without relegating the projection component to a supporting role. “We tweaked the projection design to enhance the image area, and combined multimedia content with actual scenery on-site to deliver lifelike visuals that are consistent with the intended themes of the show.”

A proprietary monitoring system developed by Zhongqing Yingye Group, comprising hardware and software components has also been implemented to conduct real-time monitoring and feedback on the working condition of the DWU2022-HS projectors, so as to ensure that their outdoor deployment is secure and effective.

“Our strategy emphasizing on the delivery of an encompassing, holistic audiovisual experience eventually paid off, and the projections executed for this nighttime show are well received by all stakeholders,” He noted, adding that the DWU2022-HS projectors truly represent the pinnacle of laser projection technology in the industry. “Thanks to Christie’s BoldColor Technology, the projectors are top notch in terms of color performance and quality, and they have enabled us to fully realize the original design intentions of this project.”

Christie’s line-up of 1DLP and 3DLP® laser projectors come in a range of resolutions, and offer exceptional image quality, brightness, versatility, and ease-of-use. They are the trusted choice for numerous cultural, entertainment, and tourism projects across China, including “Dreaming in Hometown” cultural show in Wuyuan, “Revelry of the Blooming Hibiscus” cultural show in Furong Ancient Town, Five Senses Bubble dome theatre in Xiong’an New Area, and the Yellow River Tower light show in Lanzhou.