These indoor amusement rides are based on famous episodes in Journey to the West, a 16th century novel about the legendary pilgrimage of Buddhist monk Tang Sanzang and his three disciples – Sun Wukong, Zhu Bajie and Sha Wujing – who travelled to the “Western Regions” in search of sacred texts. Among them is “Battle with the White Bone Spirit”, where a shapeshifting demoness called the White Bone Spirit made three attempts to deter the quartet from their mission, only to be subdued by Sun, a legendary mythical warrior best known as the Monkey King. 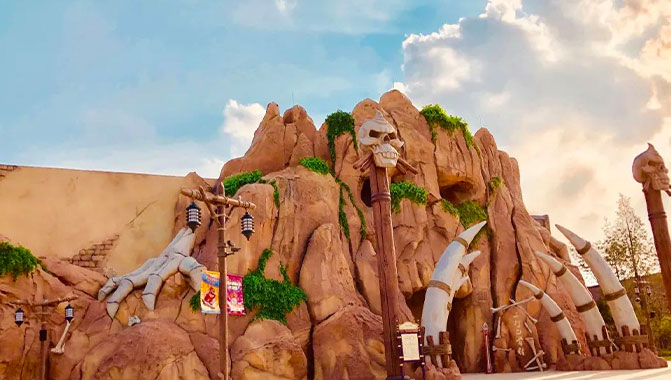 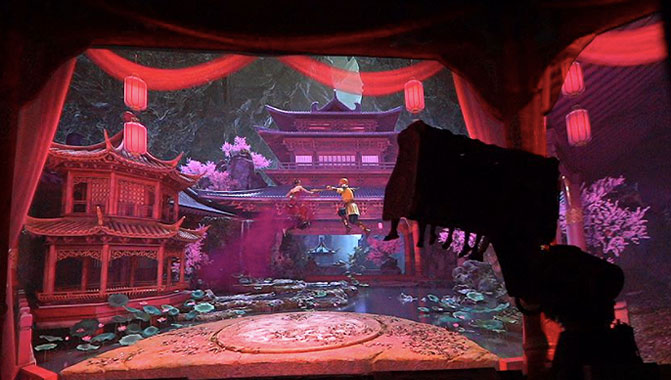 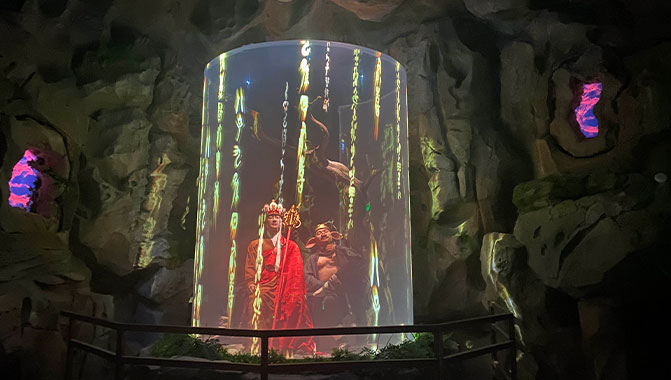 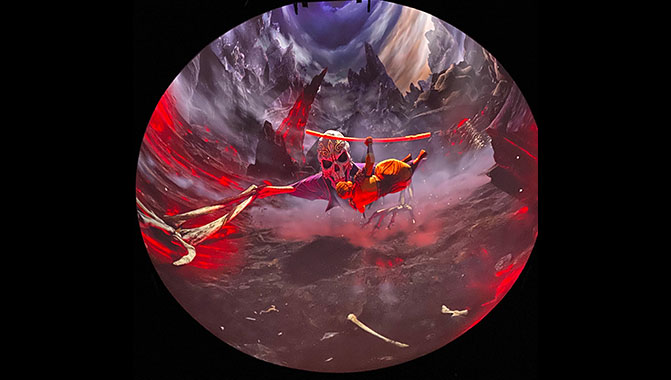 Guests seated in uniquely suspended dynamic seats become part of this epic battle of wits and magic as the Monkey King thwarts attacks and evil spells conjured by the White Bone Spirit. The exhilarating action takes place on numerous gigantic screens illuminated by nine Christie D4K40-RGB pure laser projectors, three Christie D20WU-HS 1DLP® laser projectors and 18 Christie DWU850-GS 1DLP® laser projectors, while AV distribution and processing is accomplished by nine sets of Christie Terra transmitters and receivers. They were installed and commissioned by Christie’s longstanding partner Wincomn Technology, which is responsible for a number of acclaimed large-scale projects across China.

“We are honored to be part of this breathtaking dark ride based on one of the most beloved episodes of Journey to the West, which impeccably extols the virtues of bravery, devotion, intelligence and persistence in the face of danger,” said Tony Chen, general manager, Wincomn Technology. “In order to bring this ambitious project to life, the client required high-performance laser projection systems that provide long-lasting, reliable illumination, capable of producing an astounding depth of detail, support a variety of image resolutions, and installation flexibility. The Christie D4K40-RGB, complemented by the HS and GS Series projectors, are our top choices to deliver the exciting and highly immersive visuals that this attraction demands.”

All 30 projectors are strategically fitted across the 11,000 square meter (118,403 square feet) facility to light up an array of large surfaces that include dome-shaped screens, holographic displays and curved screens. Visual contents are seamlessly transmitted by Christie Terra – a flexible SDVoE (Software Defined Video over Ethernet) based solution – to any of the projectors on-site via 10G Ethernet. By leveraging on standard Ethernet technology, SDVoE systems such as Christie Terra can scale-up in size very efficiently as needs evolve. This provides the attraction with flexibility to expand or upgrade its AV systems in the future.

The visuals of “Battle with the White Bone Spirit” have been widely praised by theme park guests since its opening earlier this month. In particular, the massive dome-shaped screens illuminated by Christie D4K40-RGB projectors blew audiences away with spectacular images in 4K UHD resolution that enabled them to experience every minute detail of the legendary battle. Thus, it is no surprise that this six-minute dark ride is one of the most popular attractions in the sprawling theme park.

April Qin, sales director for China, Enterprise, Christie, commented, “The ‘Journey to the West’ theme park is a dream come true for fans of this novel, which is regarded as one of the four great classical novels of Chinese literature. We are delighted that our award-winning D4K40-RGB pure laser projectors, together with the dependable HS and GS laser projectors, as well as Pandoras Box and Terra SDVoE solutions are key to the success of these highly anticipated attractions that has since elevated the visitor experience with awe-inspiring visuals.”

Designed for large venues such as domes, giant screens, planetariums and theme parks, the Christie D4K40-RGB is an all-in-one, 45,000 lumen powerhouse that offers over 30,000 hours of operation to 80 percent brightness, 5000:1 contrast ratio, and up to 120 frames per second. This translates into eight-plus years of stable, uncompromised, virtually maintenance-free operation for typical installations.