SEOUL –  Christie® is providing projection support for a contemporary art exhibition that recounts the history of Deoksugung Palace, one of the five royal palaces situated in central Seoul, through its beautifully manicured gardens.

Titled “Deoksugung Project 2021: Garden of Imagination”, it is inspired by the late Joseon Dynasty’s culture of uiwon, meaning a garden of one’s mind. The event showcases the works of nine modern artists spanning media art, installation, crafts and paintings that feature unique interpretations of gardens based on uiwon. Jointly organized by the National Museum of Modern and Contemporary Art, Korea (MMCA) and the Cultural Heritage Administration, the exhibition runs through November 28 at Deoksugung Palace. 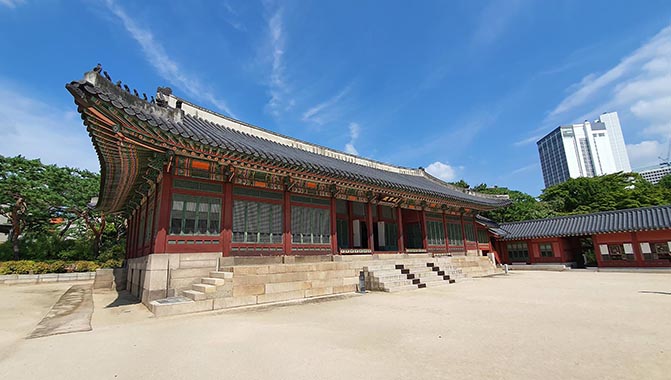 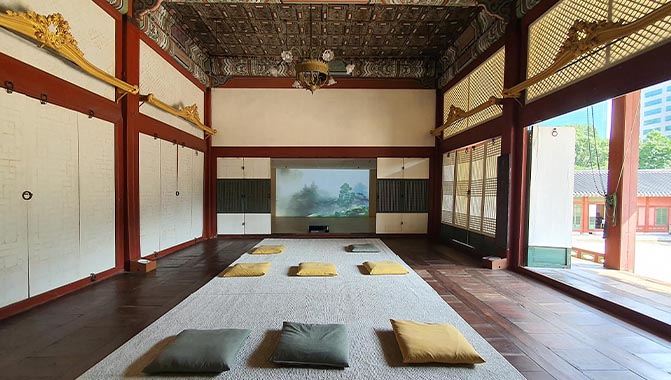 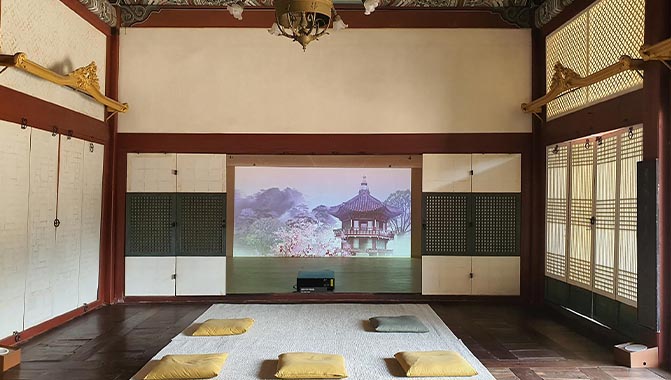 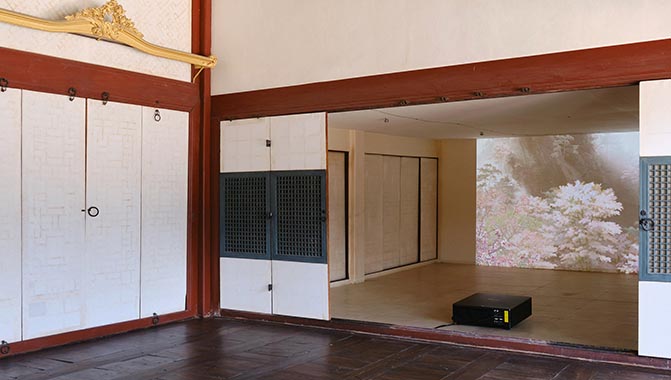 Christie supplied a D13WU-HS 1DLP® laser projector for a digital art installation named “Dream Journey to a Garden” in Hamnyeongjeon, the living and sleeping quarters of King Gojong – the last ruling monarch of the Joseon Dynasty. The displayed contents were created by animator Yong-bae Lee in collaboration with Jong-sang Sung, a landscape architect, to depict picturesque garden scenery that King Gojong had wished to enjoy while living an isolated life in Hamnyeongjeon until his death in 1919. The D13WU-HS projector was installed by Christie’s local partner, SNC Alliance Co., Ltd, which was involved in the “2021 Delight Seoul” exhibition held earlier this year.

“‘Deoksugung Project 2021: Garden of Imagination’ is a fascinating exhibition that inspires guests to ponder upon the meaning and value of contemporary gardens from an artistic, cultural and historical perspective,” said Jung-Min Oh, team manager, SNC Alliance. “We’re pleased to deliver amazing visuals using the Christie D13WU-HS laser projector. The artists had requested a high-brightness and reliable projection system to display animated contents vividly in an open room at Hamnyeongjeon. The D13WU-HS ticked all the right boxes and emerged as the perfect choice for this art installation.”

Thanks to Christie’s BoldColor™ Technology and HD resolution, the D13WU-HS fulfilled the requirements of the artists, who had placed much emphasis on brightness and color accuracy of the projected visuals. Oh added, “The superior color performance and saturation of the D13WU-HS, coupled with its high output of 13,000 lumens, did an incredible job of preserving the soft oriental colors of the displayed animations despite the presence of ambient light. Both Mr. Lee and Mr. Sung really placed their trust in Christie to deliver the projections accurately and faithfully to match their artistic intent.”

Paul Lee, sales manager, Enterprise, Christie Korea, commented, “We are delighted to be part of this contemporary art exhibition that highlights the creative works of talented Korean artists, with the gardens of Deoksugung Palace serving as the source of inspiration. It is heartening that the Christie D13WU-HS laser projector used for the ‘Dream Journey to a Garden’ art installation at Hamnyeongjeon has delivered colorful, true-to-life visuals that mesmerize visitors.”