YICHANG, China – A fleet of Christie® 3DLP® and 1DLP® laser projectors are bringing Tujia culture and folklore to life with an array of awe-inspiring visuals for a new large-scale nighttime performance in Yichang, a prefecture-level city located in Hubei province.

Titled “Dreamback Chexi”, it combines live performers, elaborate stage design, state-of-the-art projection, laser and audio effects, as well as breathtaking scenery to create an immersive audio-visual feast that highlights the history, culture and folklore of the Tujia people, the eighth-largest ethnic minority group in China. Developed by Yichang Chexi Cultural Tourism Development Co., Ltd., this elaborate nighttime extravaganza was two years in the making and is intended to promote night tourism and indigenous culture in the region best known for the massive Three Gorges Dam. 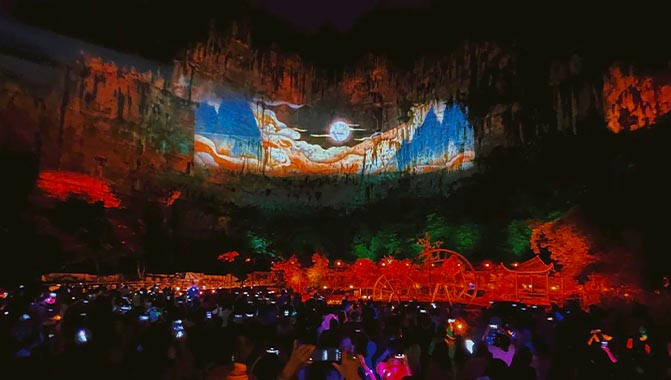 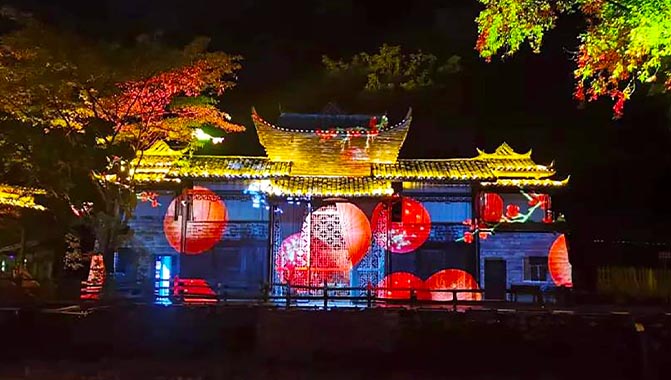 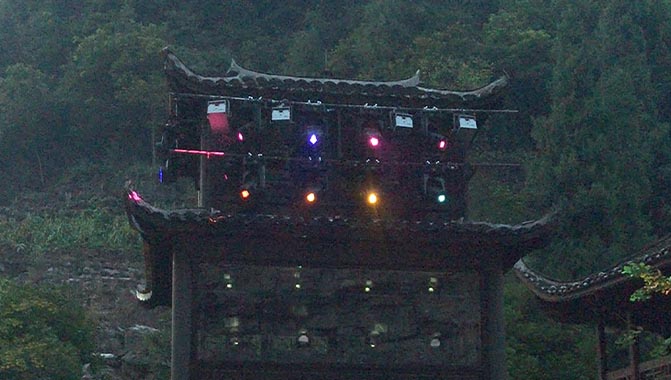 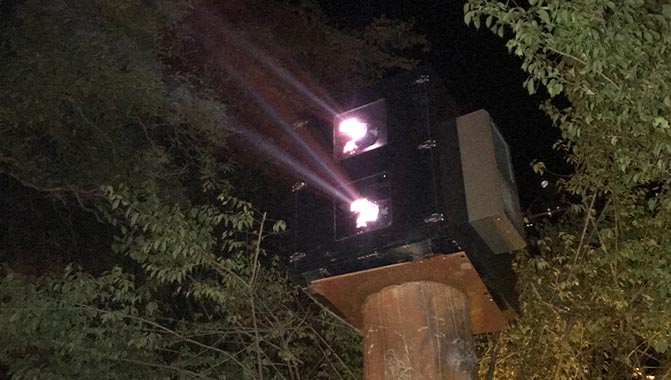 “We are delighted to be involved in this epic nighttime performance that celebrates the rich culture and heritage of the Tujia people with innovative use of audiovisual technologies such as projection mapping,” said Yong Hong, project manager, Zhongqing Yingye Group. “The Christie Crimson and HS Series laser projectors have been chosen for this extensive project due to their high lumen output, performance and reliability. With long-life laser light source and advanced electronics, they greatly enhanced the storytelling process and elevated the show’s overall quality.”

A spokesperson for Shenzhen Digital Tiger Image said, “We paid much attention to highlight Chexi’s gorgeous landscapes and the vibrancy of Tujia culture, which form the backdrop of this grand spectacle. The Christie Crimson and HS Series projectors used for the projection component perfectly complemented our vision by delivering amazing visuals on several surfaces, mesmerizing audiences and creating a truly immersive experience.”

The eight Crimson WU31 projectors, fitted with mirror heads, had been installed within a projection tower to display spectacular images on a mountain cliff face that overlooks the main performance area. Titled “Mythical Paintings on the Cliffs”, this segment comprises large and dynamic projections of heroic characters riding on tigers and flying phoenixes to battle evil dragons in their quest to restore peace and tranquility to Chexi.

At an adjoining performance area, two DWU2022-HS laser projectors housed in a custom-built weatherproof enclosure delivered colorful visuals on the façade of an ancient Tujia house to showcase the traditional spectacle of dowry culture known as “Shili Hongzhuang”. It refers to a grand procession carrying dowries that stretched for 10 li, or five kilometers, for the daughter of a wealthy family.

Both the Crimson WU31 and DWU2022-HS laser projectors are equipped with Christie BoldColor Technology, which provides excellent image quality and accurate color reproduction of displayed content throughout the show. “Not only do the Christie projectors offer superior visuals, quiet operation and dependable performance, they also complement other AV components such as stage lighting, laser and musical soundtrack to deliver a fantastic viewing experience for all guests,” Shenzhen Digital Tiger Image’s spokesperson added.

Christie’s line-up of laser projectors come in a range of resolutions, and offer exceptional image quality, brightness, versatility, and ease-of-use. They are the trusted choice for numerous cultural, entertainment, and tourism projects across China, including the Hebi Clock Tower projection mapping show, Jiangsu Garden Expo Park light show in Nanjing, “Dreaming in Hometown” real-life scenery performance in Wuyuan, and “Revelry of the Blooming Hibiscus” cultural show in Furong Ancient Town.