HO CHI MINH CITY – Christie® HS Series 1DLP® laser projectors are lighting up the grand stage of reality music and costume art show The Masked Singer Vietnam with astounding visuals that complement the performances and costumes of vocalists whose identities are concealed.

The highly anticipated television program features celebrities in outlandish costumes competing against each other to win the coveted Masked Singer trophy. It recently premiered on two subsidiary companies’ platforms owned by DatVietVAC Group Holdings – VieON (a streaming service for movies, series, shows, and live TV) and Vie Channel – HTV2 (which owns and broadcasts entertainment programs on multiple platforms in Vietnam). The producer has made significant investments in contents, costumes, stage design, and cutting-edge AV equipment for The Masked Singer Vietnam to wow audiences and bolster the show’s success. 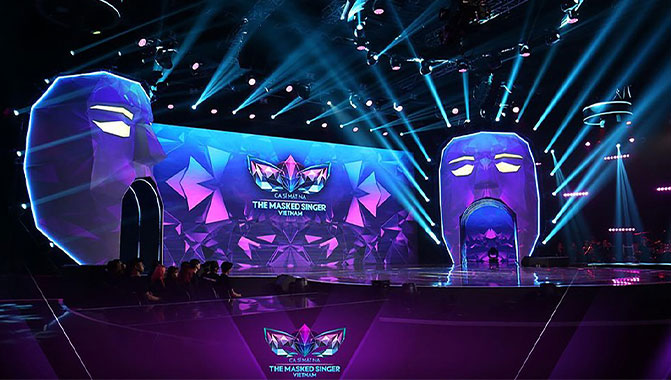 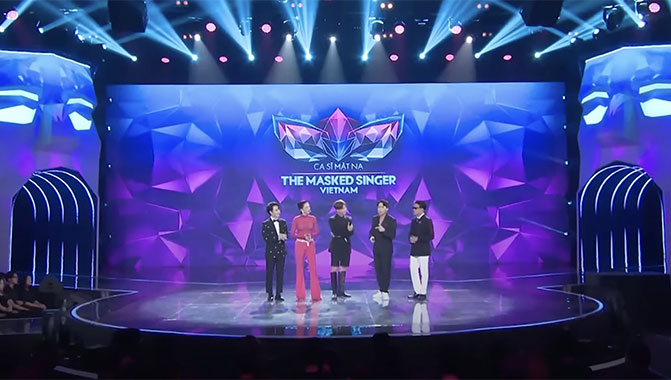 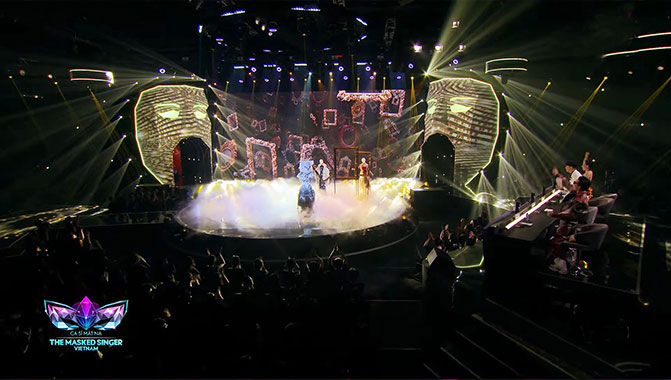 The circular stage of The Masked Singer Vietnam is flanked by two huge face-like structures that have become synonymous with the show, serving as tunnel entries for the contestants from backstage. They are ingeniously lit by four Christie D20WU-HS laser projectors installed and commissioned by Christie’s trusted partner Alta Media, which specializes in systems integration, digital content and show entertainment technology.

“The gigantic faces of The Masked Singer Vietnam are the show’s biggest scenic elements onstage and we needed to ensure that both live and TV audiences are able to appreciate the eye-catching visuals projected onto the polygonal surfaces of these iconic structures,” said Tai Hoang, co-founder & CEO, Alta Media. “Having used the Christie D20WU-HS on several occasions including the Dam Sen Park lake show, we decided that it is the perfect projection system for this project due to its high brightness, accurate color reproduction, compact footprint, quiet operation, and omnidirectional capabilities.”

Hoang noted that the four D20WU-HS projectors are double-stacked, fitted on a truss and cross-installed with a throw distance of 24 meters. “This specific configuration enables us to achieve optimal visuals on both face-like structures each measuring five meters high,” he said. “The projected contents comprising an array of dynamic visual effects are then altered according to the visual script that matches the performance of each vocalist.”

Since its launched in mid-July, The Masked Singer Vietnam has captivated audiences nationwide with glitzy performances and impressive stage visuals infused with fun and humor. Hoang added that Vie Channel is very satisfied with the end results.

Jason Yeo, senior sales manager for Southeast Asia, Enterprise, Christie, commented, “The Masked Singer Vietnam is highly entertaining reality singing TV series that has enthralled audiences and we are thrilled that the D20WU-HS laser projectors have been used to deliver fascinating visuals on the iconic faces onstage to heighten the audience experience. Alta Media has accomplished an amazing job and we look forward to more exciting applications involving our projection and integrated solutions for television and entertainment industries in Vietnam.”